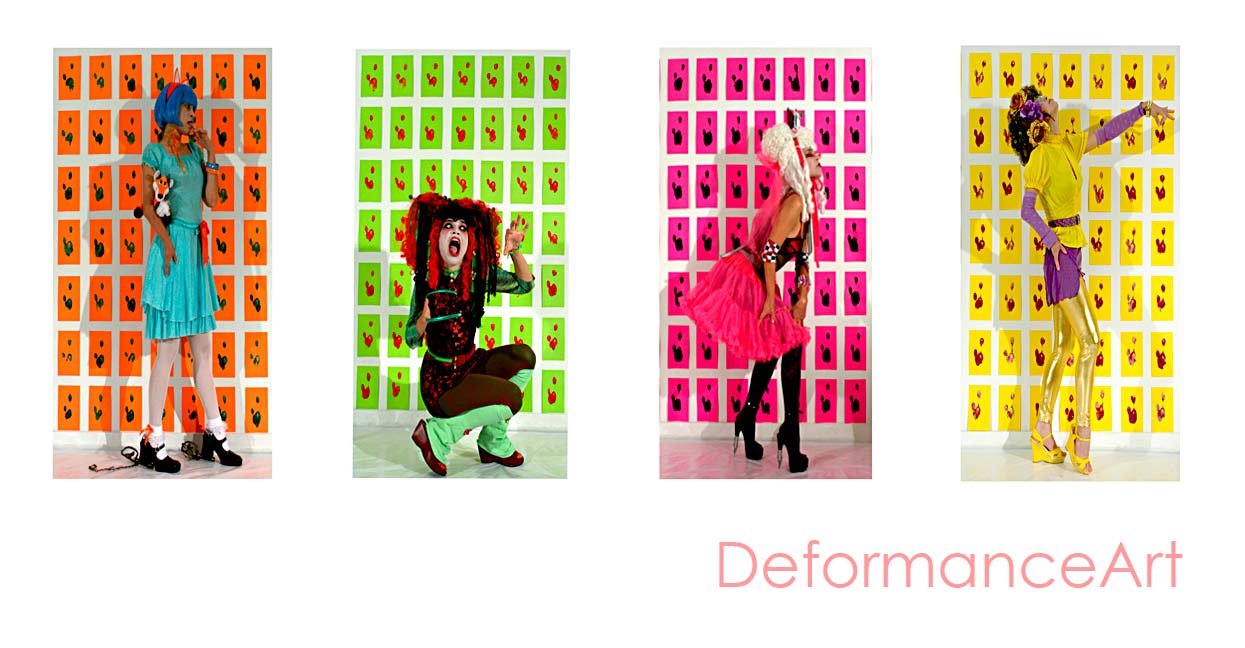 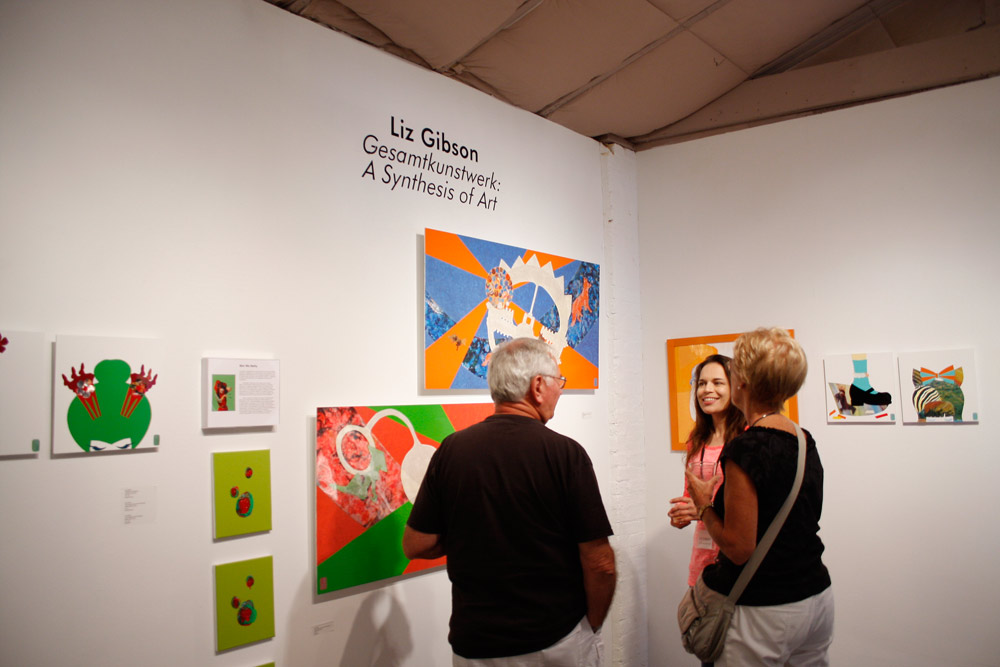 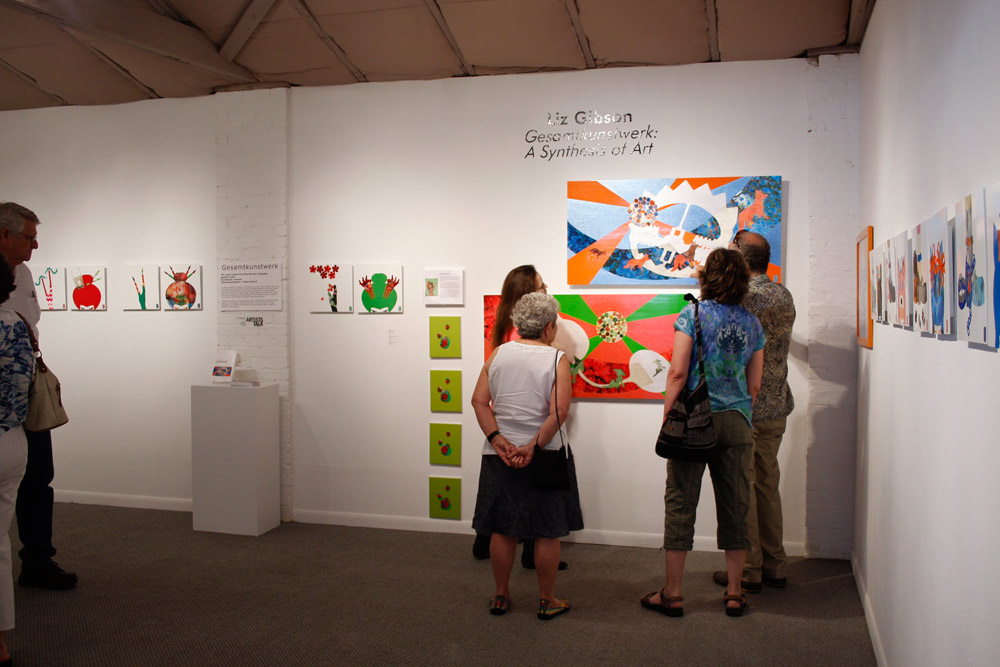 Scroll down for random photos of various "deformances" and artworks. 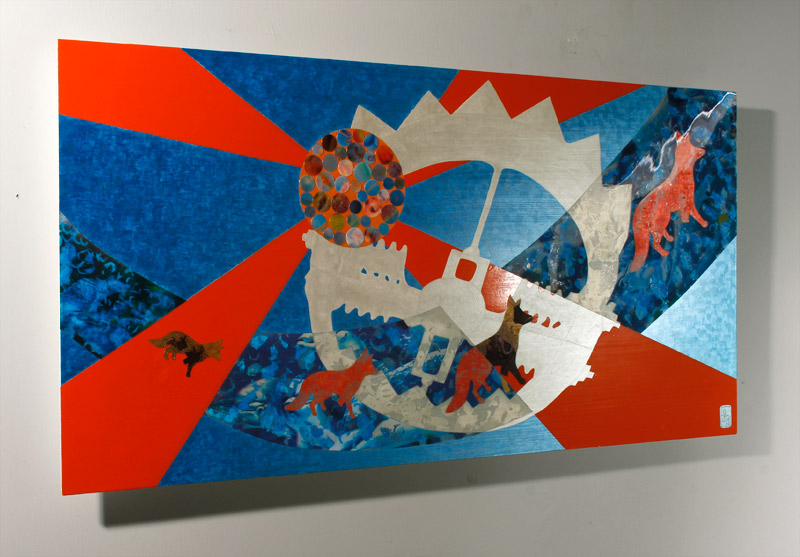 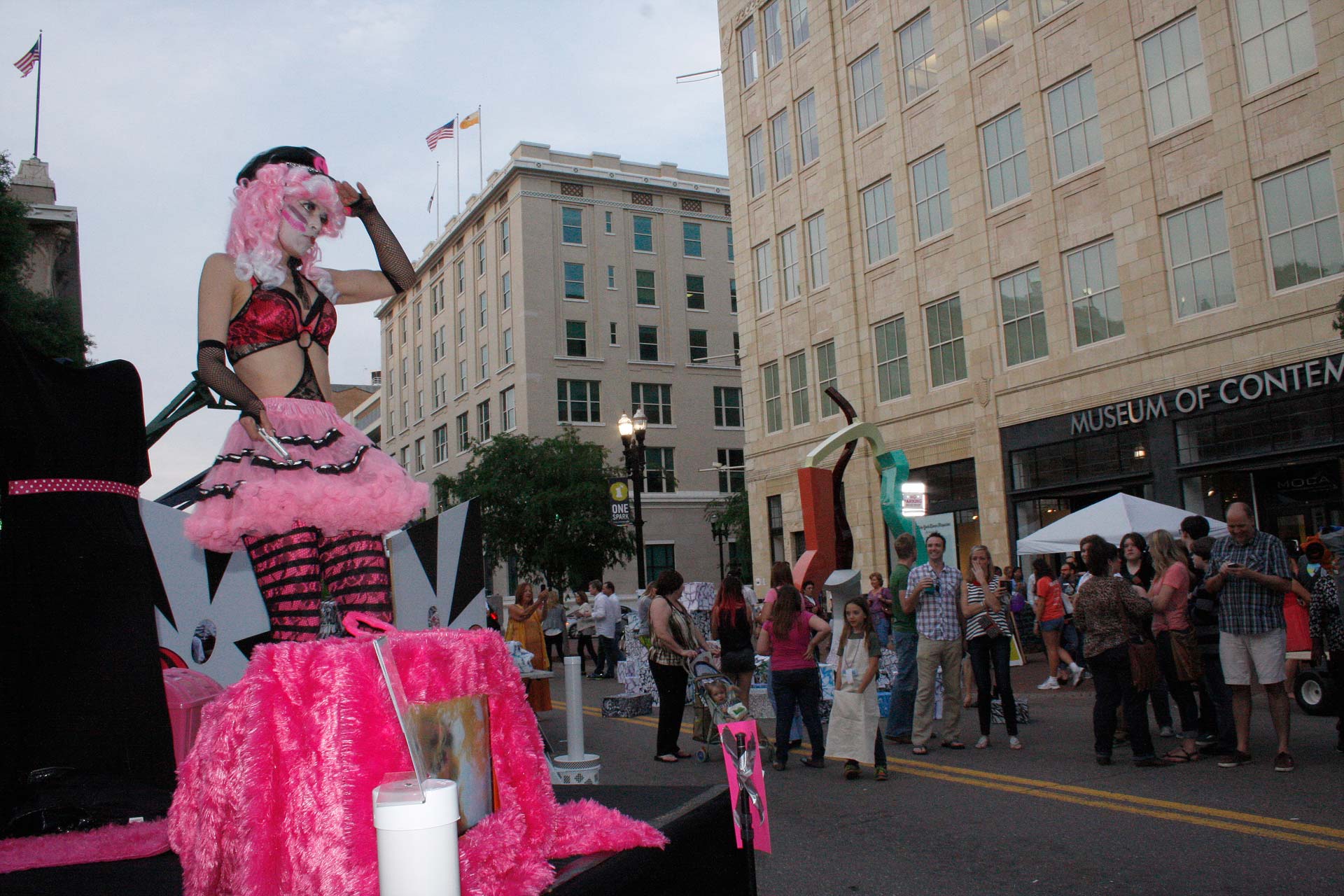 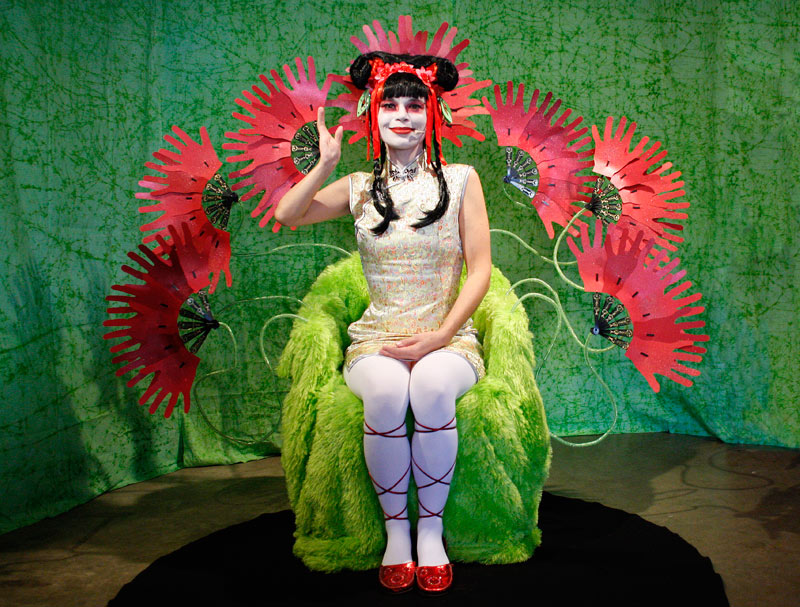 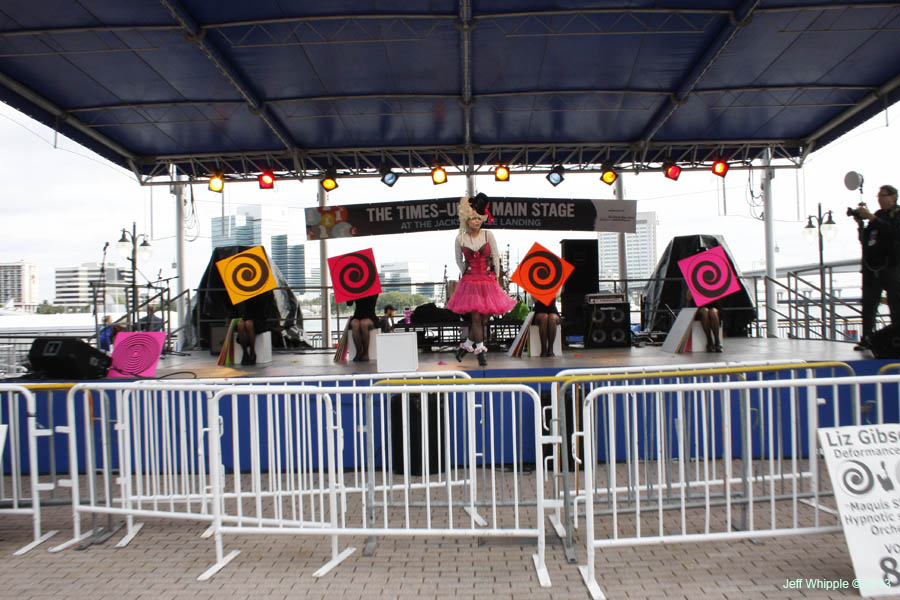 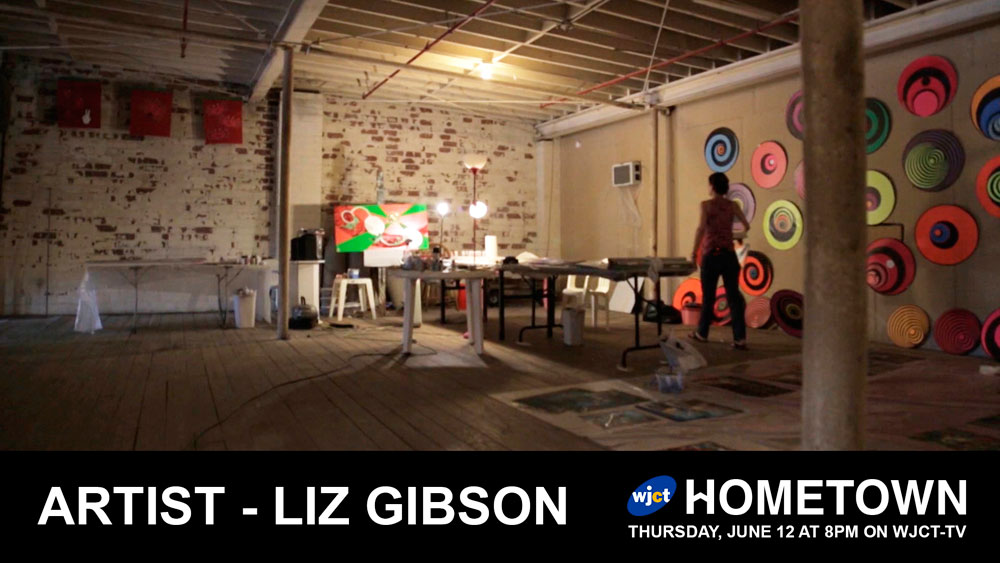 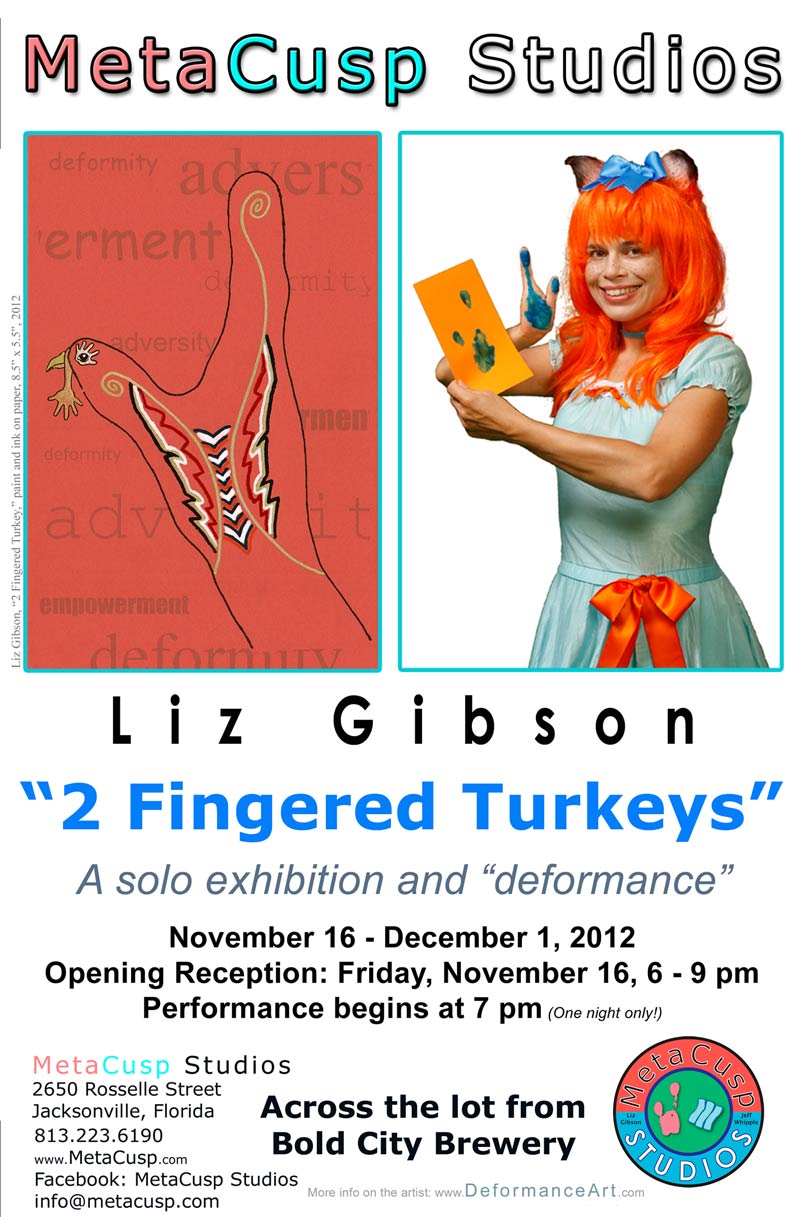 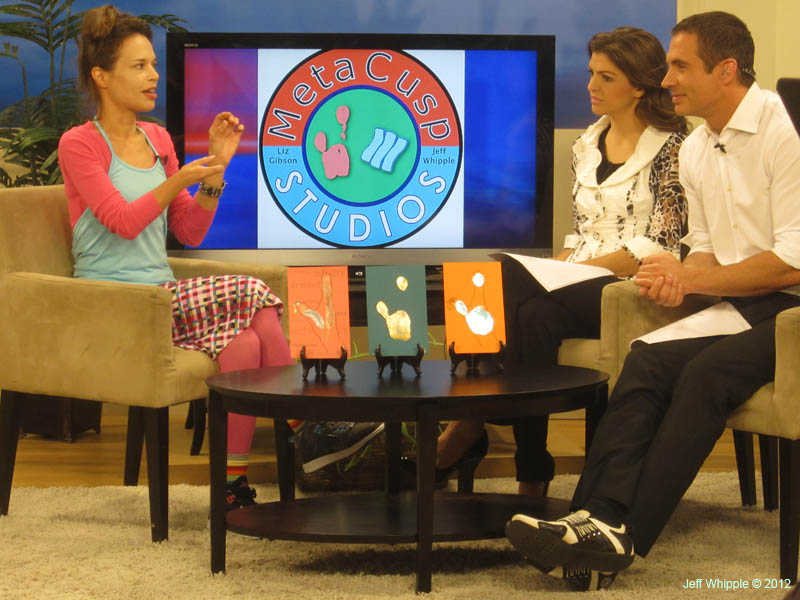 Liz Gibson on "First Coast Living" talking about her life and art. November 2012
CLICK HERE TO SEE THE INTERVIEW 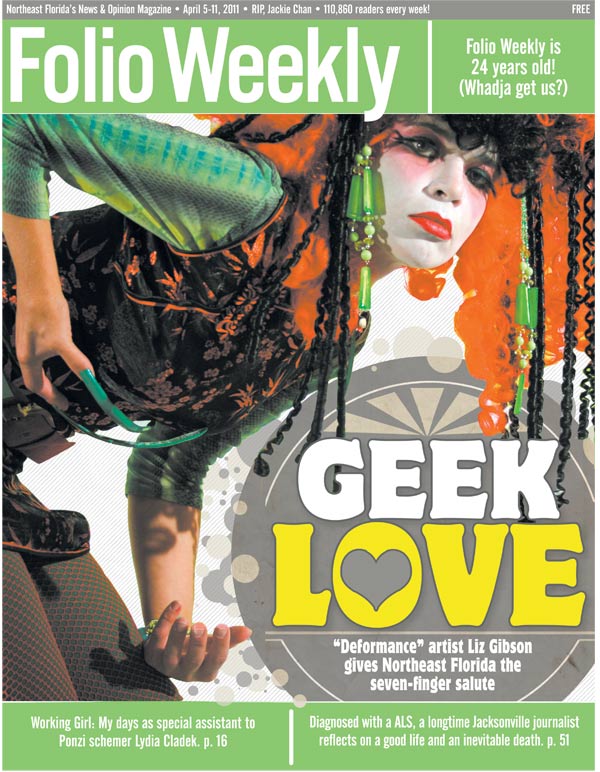 Liz Gibson on the cover of Folio Weekly, April 2011 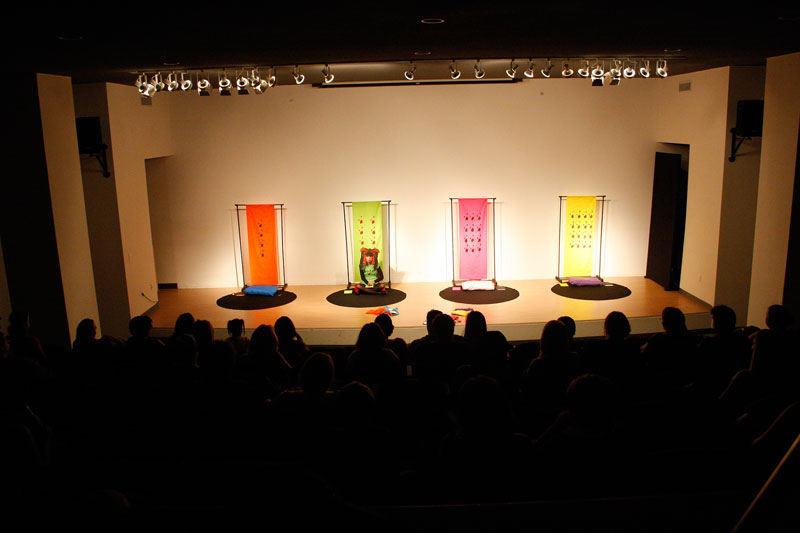 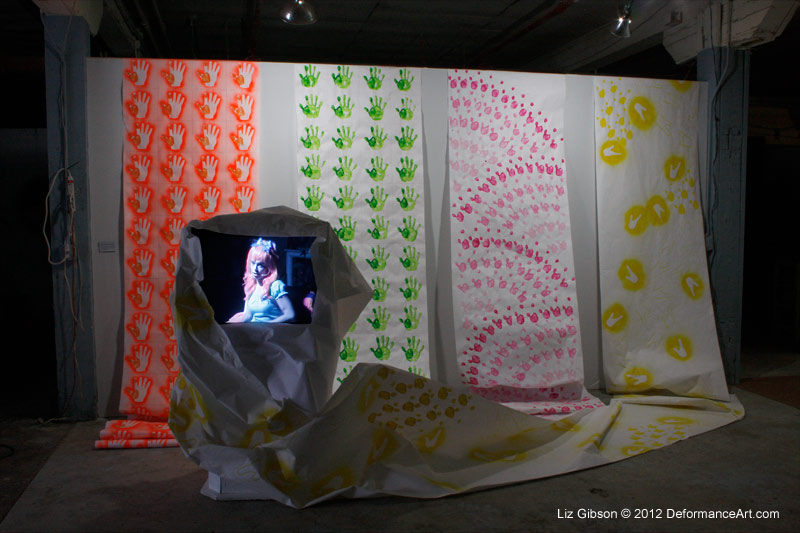 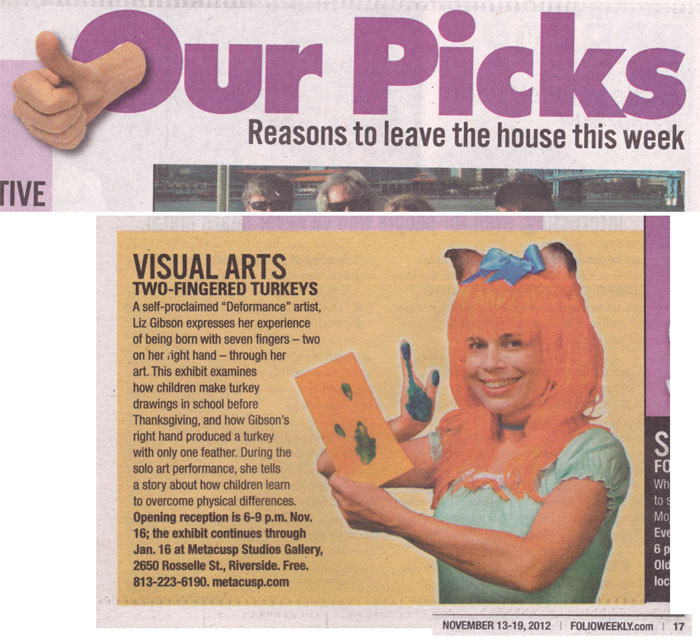 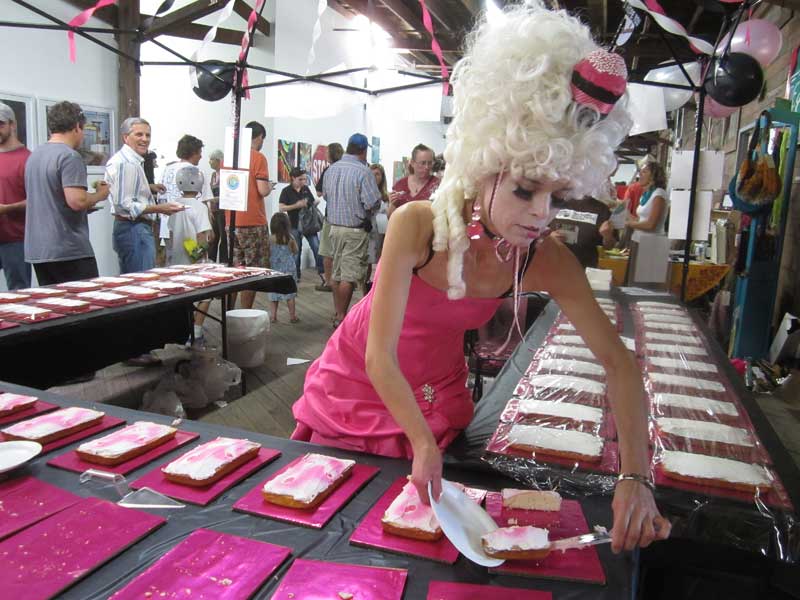 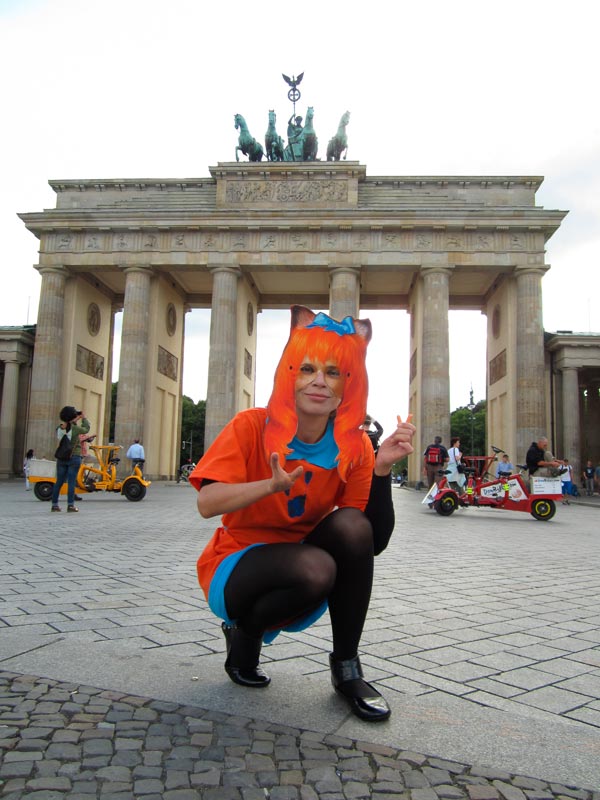 The 3 Legged Fox chalking hand tracings on the pavement at the Brandenburg Gate in Berlin, 2011